Taking Trade to the Streets: The Lost History of Public Efforts to Shape Globalization 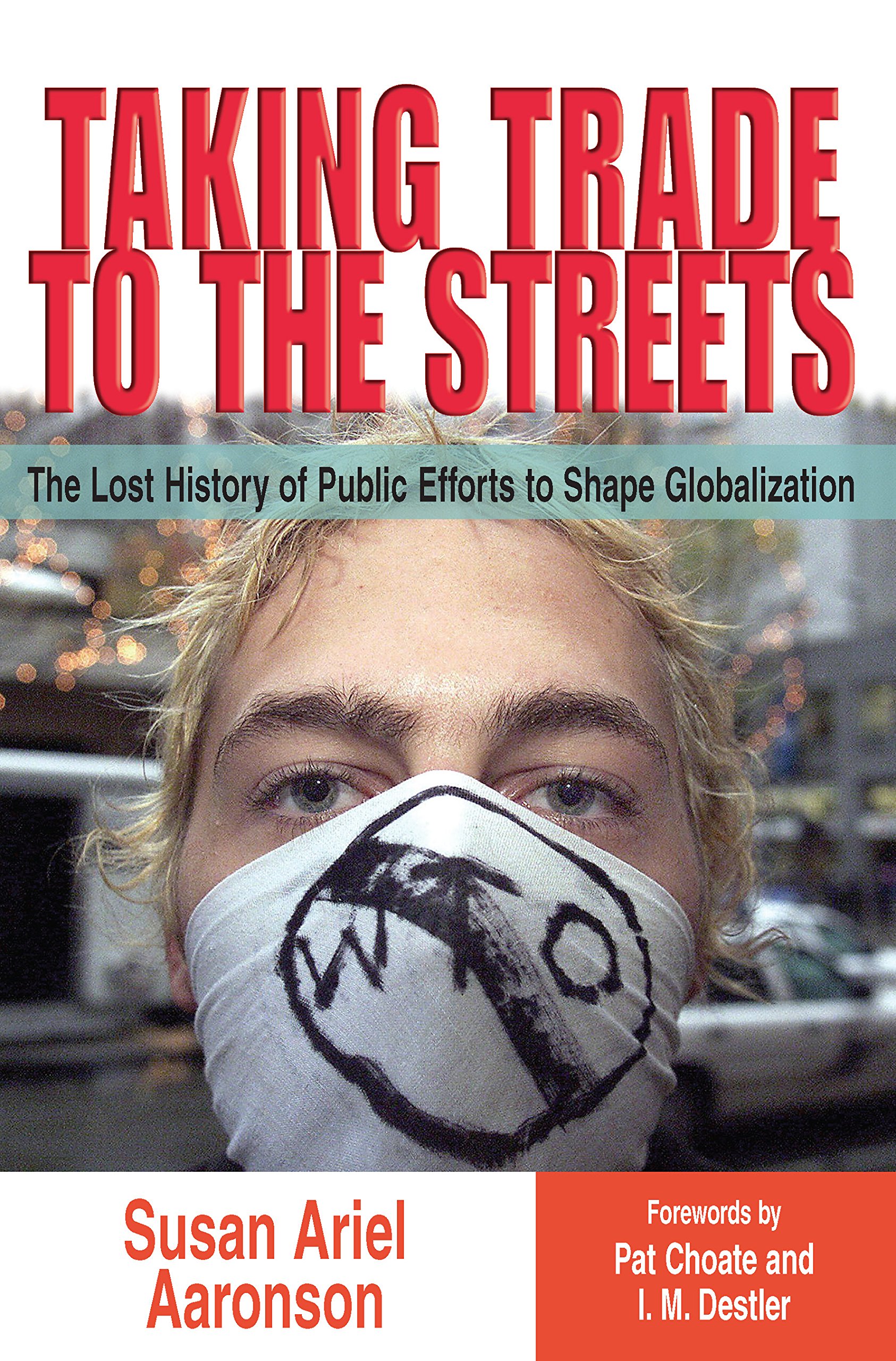 In the wake of civil protest in Seattle during the 1999 World Trade Organization meeting, many issues raised by globalization and increasingly free trade have been in the forefront of the news. But these issues are not necessarily new. Taking Trade to the Streets describes how so many individuals and nongovernmental organizations came over time to see trade agreements as threatening national systems of social and environmental regulations. Using the United States as a case study, Susan Ariel Aaronson examines the history of trade agreement critics, focusing particular attention on NAFTA (the North American Free Trade Agreement between Canada, Mexico, and the United States) and the Tokyo and Uruguay Rounds of trade liberalization under the GATT. She also considers the question of whether such trade agreement critics are truly protectionist.The book explores how trade agreement critics built a fluid global movement to redefine the terms of trade agreements (the international system of rules governing trade) and to redefine how citizens talk about trade. (The "terms of trade" is a relationship between the prices of exports and of imports.) That movement, which has been growing since the 1980s, transcends borders as well as longstanding views about the role of government in the economy. While many trade agreement critics on the left say they want government policies to make markets more equitable, they find themselves allied with activists on the right who want to reduce the role of government in the economy.Aaronson highlights three hot-button social issues--food safety, the environment, and labor standards--to illustrate how conflicts arise between trade and other types of regulation. And finally she calls for a careful evaluation of the terms of trade from which an honest debate over regulating the global economy might emerge.Ultimately, this book links the history of trade policy to the history of social regulation. It is a social, political, and economic history that will be of interest to policymakers and students of history, economics, political science, government, trade, sociology, and international affairs.Susan Ariel Aaronson is Senior Fellow at the National Policy Institute and occasional commentator on National Public Radio's "Morning Edition."

Read NOW DOWNLOAD
Nowadays there are many websites accessible for able to Read Taking Trade to the Streets: The Lost History of Public Efforts to Shape Globalization Books or online reading online, this page is one of them. You do not always be forced to pay to Read totally free files. We now have detailed the best doc all over the world and accumulate it that you should Read and download it for free. We certainly have tons of files directories able to view and download in any file format and top quality

Taking Trade to the Streets: The Lost History of Public Efforts to Shape Globalization Download Links

Taking Trade to the Streets: The Lost History of Public Efforts to Shape Globalization Related